A 40′ pre-spaced roll of paint mask tape is included to join the front header stencils to the rear hood stencils and to complete the stripe from the rear spoiler to rear window panel.

Included in the kit:

How to sheet featuring a story from Chevy High Performance magazine.

Using an original GM stencil kit design for the 1970 1/2  Z/28 Camaro we have created a set of spoiler stencils designed to work with the 1974 thru 1981 Camaro 3 piece spoiler design. 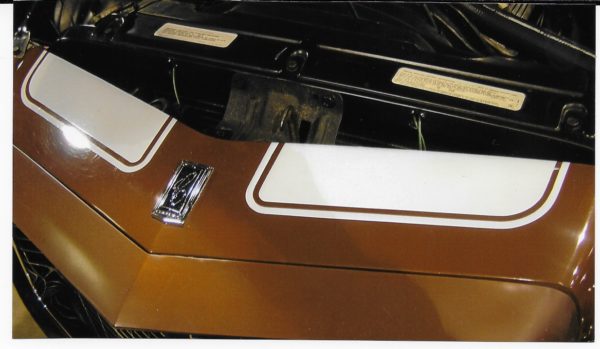